Showing posts from February, 2011
Show all

Research is critical to our Future

It is amazing what we don’t know.  We take for granted so many inventions.  It seems sometimes that we have become immune to innovation.  Often we see blog posts or tweets complaining about what some new product or service doesn’t have rather than sharing their awe at what it does have.  I too get caught up in “what’s missing” sometimes.  Well, in this post I share some amazing (my opinion) things researchers at IBM are doing. I had the pleasure of joining about 40 educators and IT directors at IBM Research Almaden in San Jose (Silicon Valley), California.  It is located on the outskirts of the city on a high hill in its own private wilderness of 690 acres.  Researchers (currently about 800 chemists, computer scientists, engineers, mathematicians, and physicists) at Almaden have invented a whole host of new processes and capabilities including: relational database architecture (crucial to databases that govern our livelihoods and lives) all sorts of disk drive technologies
Post a Comment
Read more 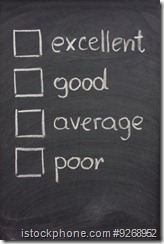 We often talk about the importance of parent involvement in their child’s education and in their school.  I’ve heard statistics that suggest about 10% of parents participate in school parent advisory councils.  I wonder what the statistics are for parents being deeply involved in their child’s learning?  From personal experience, my wife Shelley and I were quite involved in our kids (now 23, 22, and 18) learning but that this declined as they grew through the system – they were selective as teenagers in wanting our help and to varying degrees, resistant in sharing how they were doing.  We felt informed and involved when they were young but somewhat in the dark about their progress as they became older.  Well, okay, there were the report card events… Wouldn’t it be great to be quietly and electronically plugged into your child’s school and their learning progress? I presented last week at a District Parent event where about 30 parents attended.  My talk was about technology past, tod
1 comment
Read more

The Rise of the Network

It is quite profound how over the past 10 years the importance of “the network” has increased.  It used to be that you could happily get a lot of work done or communicate with others, offline or disconnected.  In schools if the network was slow or didn’t work, the teacher had a backup plan.  Often the network wasn’t critical to a lesson the teacher designed.  Today things are rather different… In our School District (Coquitlam, BC) our success in infusing the use of technology for learning, teaching, and administration has now hit the wall so to speak.  The network is our Achilles Heel!  I wrote about this last year in reference to a visit to a Digital Immersion 9 classroom .  Enrolment was forecasted to decline for this innovative school program where all students were expected to bring, rent, or borrow a laptop to use in this class.  I also referred to a consultative process I initiated around Digital Tools and Social Responsibility to uncover some root challenges.  In other words
Post a Comment
Read more

The Future of History

I can’t recall ever enjoying reading about or studying history when I went to school.  It was, well, boring.  It seems that as I accumulate my own history, I become increasingly interested in who and what has come before my time.  I am fascinated with scenarios both historical and future.  For example, key events in history link up to bring us to where we are but what if things were different, even one link in the chain of events? “Coal gave Britain fuel equivalent to the output of fifteen million extra acres of forest to burn, an area nearly the size of Scotland.  By 1870, the burning of coal in Britain was generating as many calories as would have been expended by 850 million labourers.  It was as if each worker had twenty servants at his beck and call .”, The Rational Optimist, Kindle loc. 3236-43. I read that and think ‘wow, what if coal and its use had not been discovered?’ Coal has become and continues to be a key ingredient for most generation of electricity in the world
2 comments
Read more
More posts