Showing posts from March, 2013
Show all

Vision for a Learning Ecosystem 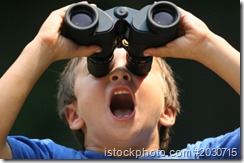 As I am out visiting schools, participating in District meetings, or other contexts, I often find myself either presenting or in conversations about my vision for technology and learning.  I recently wrote and presented a set of strategies to focus our efforts in implementing technology at the VSB .  We need to sustainably invest in three areas: Infrastructure (computing, storage, and network), Equity (tools/devices for students and staff, technical support), and Learning & Work Systems. My aim is that infrastructure becomes a utility type service that we don’t really need to talk about in the future.  Rather it is funded like electricity where there’s always enough and it’s always on.  Behind the scenes we replace and upgrade every five years or so taking advantage of Moore’s law where we get more (speed, capacity) for less cost.  Infrastructure is the “oxygen” of a learning ecosystem and is an essential component for technology powered learning and work.  An equity focus, espe
3 comments
Read more 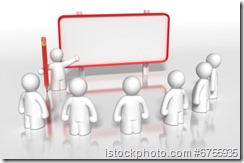 Back in 1982 while still in college two friends and I formed a company called Tricom Computer Corporation to focus on writing software.  We took on writing software for the video rental business of the day.  We also offered training, seminars, and workshops.  I recall our first “big” workshop where we invited vendors to sponsor us in “educating” home computer users and buyers.  I don’t remember the specific topic, but I was on the agenda to speak for 45 minutes or so to the crowd of maybe 75 people.  I had never presented publicly before – I was terrified, my voice cracked, I broke out in a sweat, my heart was racing, I almost “died”.  I managed to survive… barely.  That simple beginning, although frightening, seemed to get me charged up about leadership possibilities.  Over time, I over came my fear of public speaking where I now really quite enjoy it. I have learned so much about what not to do as a leader, often through the school of hard knocks and with casualties along the way.
2 comments
Read more

How to BYOT for Learning?

I have been out visiting a lot of schools over the past few months learning about culture, demographics, economic status of neighbourhoods, existing and historical use of and interest in technology, and capacity to weave technology into common practice.  My District has a fascinating array of schools.  I was in a 105 year old secondary school last week in a highly urban area with a rather low socio economic status.  The school is quite oddly designed and has an institutional feel and look, but I suppose 100 years ago architects and District officials thought differently about school.  I also visited one of our newest elementary schools which replaced a very old school but retained part of it for heritage reasons.  This new school is a 21st century design with open aggregation spaces, learning communities for grade pairs with varied sizes of learning studios (aka classrooms).  It is designed for collaboration and public display.  They have a “tech loft” overlooking a commons area.  They
1 comment
Read more
More posts