Is the Internet Killing the Planet?

A colleague of mine recently forwarded an article in the Vancouver Sun “Could the Net be killing the planet one web search at a time?” to which he responded “if there is a shred of accuracy to this article, the internet is an environmental nightmare of unprecedented proportions”.  I think it really depends on how you look at it…

Do you ever think about what happens when you type a few words into a Google or Bing search and click the Search button?  I know I don’t.  But a lot happens behind the scenes 24 x 7 to make that amazing service work and quickly.  Google, Microsoft, Facebook, 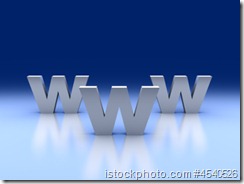 Amazon, IBM, and now Apple have built enormous data centres around the world to deliver an amazing array of online services.  According to the article I referenced, our Internet search example caused 1-10 grams of carbon to be released into the atmosphere which contributes to global warming.  You might think “1-10 grams”, who cares.  But when you add up the billions of searches, Facebook status updates, tweets, and emails created and sent off every day, the impact on our planet adds up.

The issue is where companies (and countries) get their electricity from.  In British Columbia we have the great fortune of having many lakes, mountains, and rivers and our electricity comes from hydro electric dams.  Essentially a dam is a huge battery.  Water behind the dam is “stored” and a controlled stream through a generator is created to turn turbines that generate electrical power.  How do other countries get their electricity?  We’ll come back to this…

From the Vancouver Sun article we find that

“If the Internet was a country, it would be the planet's fifth-biggest consumer of power, ahead of India and Germany. The Internet's power needs now rival those of the aviation industry and are expected to nearly double by 2020”

I would say that is pretty significant.  Where countries (real ones) get their electricity from is very important with respect to our environment.  There is the choice of non-renewable (fossil fuels like oil, gas, coal, nuclear) versus renewable (water, wind, sun).  Additionally there are concerns about clean (renewable) versus dirty (non-renewable) power.

Wikipedia has a pretty decent article on “electricity generation”.  From this article we find:

Other countries, France for example, use 78% Nuclear.  When we think about the nuclear disaster in Japan caused by the earthquake and tsunami we may shudder at the thought of increasing our use of nuclear.  The point is, we should probably be more aware of how our digital world (which many of us say is “green”) impacts our future and collectively be advocating for more future oriented choices.

“With the exception of alphabets and number systems, the Net may well be the single most powerful mind-altering technology that has ever come into general use. At the very least, it’s the most powerful that has come along since the book.” The Shallows (kindle 1991)

“The more knowledge you generate, the more you can generate. And the engine that is driving prosperity in the modern world is the accelerating generation of useful knowledge.”  Rational Optimist (kindle 3466)

we need to weigh the benefits (tremendous) with the costs when making a judgment on what the Internet is doing to our planet.  I wrote about this in The Future of History where I argue that the discovery and harnessing of cheap sources of energy such as dirty coal, have forever changed the course of history in terms of prosperity, health, and wealth.  Our society (that’s us) is addicted to cheap energy and now we need to discover and invent new ways of harnessing it through cleaner and more sustainable means.

It’s not a question of abandoning the Internet and our digital world because it is killing our planet.  No, it is a question of becoming more future oriented in our thinking about how to grow this 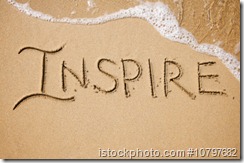 tremendous resource in planet friendly ways.  We must inspire this thinking into our school systems both K12 and higher education.  We need people to be thinking further ahead than the next mid-term exam or report card.  We need to invest our cognitive energy in creating a preferable greener digital future so as to increase the prosperity in less fortunate countries while we maintain it in our own without further risk to the health of our planet and us.