I seem to have an intellectual interest in conspiracy theories and stories.  I will “dip” into that “field of inquiry” from time to time but not so long that my thinking becomes irrational...  Last night for fun I watched Disney’s National Treasure, a seemingly endless search for ancient treasure “once protected by the Knights Templar and hidden by the Freemasons during the early years of the United States”.  A friend recently gave me a set of videos to watch, documentary-style, on various strands of this topic.  I watched one that aims to convince the listener that 9/11 was intentionally arranged by various individuals and organizations attached to the US and other governments.  I watched a second video that painted a bleak picture of coming world domination, the new world order so to speak.  Why am I writing about this you might ask?  Well, I’ve been thinking a lot about whether our technology empowers us or has the potential for enslaving us (if one takes the conspiracies to be at least plausible).  George Orwell’s 1984 and Aldus Huxley’s Brave New World are well known “stories” of imagined futures being forecasted by conspiracy theorists.

Technology is an agnostic tool in that it is the people who use it that determine it’s true value and purpose.  Some technologies are designed to suit a certain use.  Take communications and social technologies such as cell (smart) phones, Live Messenger, Skype, Twitter, Facebook, blogs, wikis, and the like.  These tend to facilitate direct communication, idea, knowledge, and information sharing.  I believe most people would see these as technologies that empower people, further freedom of speech, enable crowd sourcing, crowd mobilization (to force a societal change), etc.  These are powerful influencing tools.  One might say these tools have been instrumental in helping citizens overthrow their (undesirable) government, force a (dishonest) corporation to come clean on some action, and to direct funds (charity) to people in need.  Or consider the recent riots in Vancouver and in London where technology empowered people to misbehave badly.  They certainly were empowered, but to what end?

I propose that these tools can have an equally disempowering effect on people.  People (some high profile) have self-destructed on twitter by posting inappropriate comments and then through empowered masses on twitter, people are forced to resign from long-term prominent careers.  Governments and organizations

can monitor what people say and write in unprecedented ways using our technologies where we increasingly throw privacy to the wind and post whatever comes to mind…  Let’s take the current labour dispute in British Columbia between the Teachers Federation and the Government.  If you have strong feelings about the issues and demands of either party, would you feel comfortable posting these on Facebook, Twitter, or your blog?  Would you feel empowered to voice your opinion?  The answer probably depends on your role and position in society or with your employer.  So, it likely depends on who you are as to whether you’d be empowered or at some personal risk.  I don’t feel empowered to comment on this particular dispute since I work in the public education sector of BC.  But a parent not working in the sector would probably feel empowered to comment online.

Although technology is agnostic, I think it can wield significant power in the hands of the user to empower them and others but can also be used against the people.  Think about our interconnectedness today in light of Orwell’s 1984 and Huxley’s Brave New World.  The technology was pretty primitive when they wrote these books but if you read those stories through our modern lens, well, you get the picture.  If you haven’t heard of “Technocracy”, a form of government where technical experts are in control of decision making, you might want to read this description.  This is a view developed in the early 20th century that values technical and efficiency oriented governance over the will of the people (Democracy).  Technology of today would make that approach quite practical and efficient – not one I would advocate for though.  The will of the people, although not efficient nor necessarily rational, is a far better alternative in my view.  We need to ensure our technologies empower the people in a democratic way.

Technology, being agnostic, can and does empower people but there are people that would use it for ill gain and purposes.  How can we engineer our technology to defend against misuse?  A challenge with answering this question is defining misuse?  It is contextual.  IE, when the Egyptians or Iranians used their technology to mobilize action (“riots”) against their governments, was that “right” while those attending the Vancouver riots were “wrong”?  How would our technology know this?  Is the right response to disable a technology’s function during a (potential) “riot” (control the people) or allow it to function as 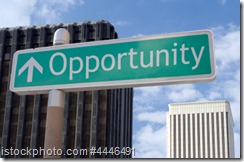 designed (empower the people)?  Or does that infringe on freedom of speech?  How do we ensure our technology can empower the right people for the right uses?  Sorry, I don’t have answers for these questions, but I think these are important questions to start answering.  Our technologies are becoming too powerful and useful and dangerous not to start answering these kinds of questions.  Whether you are a conspiracy buff or not, if you think about the potential for technology to empower or control people, we must answer these questions sooner rather than later.  We have an opportunity to ensure that the students in our classrooms engage with these types of issues now.  Social responsibility and digital citizenship are critical areas of knowledge and learning to impart to our students as the complexity of our world increases through the arrival of new and ever more powerful technological developments.