Technological Progress to What End?

I received an email from a teacher friend yesterday referring to an article in the Vancouver Sun with the title “Pope: Technology without God is dangerous”.  In this article the Pope said:

“technological progress, in the absence of awareness of God and moral values, posed a threat to the world”

My friend asked “what happens if we have technological progress WITH moral values, BUT in the absence of an awareness of God; how will the world fair then?”  I think this is a great question.  With full disclosure that I am a believing Christian (not Catholic), I’ll try to answer this question as it fits my blogs purpose to write about about the future and technology.  I should be clear about my understanding of what morality is and where it comes from.  This Wikipedia article sums it up:

“Morality (from the Latin moralitas ‘manner, character, proper behavior’) is the differentiation of intentions, decisions, and actions between those that are good (or right) and those that are bad (or wrong)…  The adjective moral is synonymous with ‘good’ or ‘right.’”, Wikipedia April 8, 2012.

One of the challenges in understanding the source of morality or a moral code is being able to separate what humans have done to corrupt it.  We’ve all read or heard stories of wars and abuses perpetrated by various religions. The problem with any religion or church is that they are filled with people who are imperfect.  Often 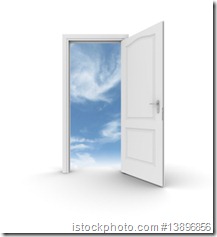 religious people will argue that morality or moral values are not possible in the absence of religion.  Unfortunately religion is a man-made set of rules and history teaches us that people left to their own devices will corrupt any set of rules in self-serving ways.  Would anyone argue that corporations or governments have a strong sense of morality?  I doubt it…  Personally, I believe that a pure or true morality, a set of moral values, can not be created by human beings, and cannot exist in the absence of God.  There does not seem to be much evidence in our history of this occurring.  But I will leave it at that as this post isn’t meant to argue belief systems about God or religion per se.

To answer my friend’s question, I think technological progress must occur with a strong set of true moral values if our world and its inhabitants are to benefit and not suffer.  In the absence of an awareness of God, I’m pretty sure (again history tells the true story) there isn’t the capability of our world to agree on and practice what a strong set of true moral values would be.

I do worry about where our accelerated technological advancements will take us.  As we are able to interface ourselves with technology whether through machine replacement parts or injectable custom nanobot technology to interfere in our biology to cure disease, we may lose our humanity.

“By the 2020s nanobot technology will be viable, and brain scanning will be one of its prominent applications. As described earlier nanobots are robots that will be the size of human blood cells (seven to eight microns) or even smaller.44 Billions of them could travel through every brain capillary, scanning each relevant neural feature from up close. Using high-speed wireless communication, the nanobots would communicate with one another and with computers compiling the brain-scan database. (In other words, the nanobots and computers will all be on a wireless local area network.)”, The Singularity is Near (Kindle 2898)

Or, how many of us are aware of the rise of robots and other technology to increasingly replace human workers?  You may be interested in what I’ve written about on this topic previously.

“‘In the years ahead,’ Rifkin wrote, ‘more sophisticated software technologies are going to bring civilization ever closer to a near-workerless world’”, Race Against The Machine: How the Digital Revolution is Accelerating Innovation, Driving Productivity, and Irreversibly Transforming Employment and the Economy (Kindle 118)

It’s also pretty obvious that war and destructive tendencies have benefits significantly through technological development.  How do you feel about the rise of machines to monitor, record, and control us.  Increasing numbers of us happily share every little personal and professional detail about our lives, in online spaces.  We get frustrated when privacy laws designed to protect us, end up 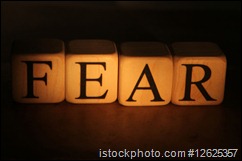 I think the slippery slope phenomenon is at work.  Our technological progress conditions us to accept the next progress and the next, often without considering the moral consequences.  It is amazing what human beings can be convinced to accept as “okay”.  To close, I think our technological progress should cause us to increasingly pause and reflect on important aspects such as morality and our belief systems.  We should think about whether our belief systems and moral codes will serve us well in making the best decisions about what to allow technology to be and do in our lives.  If we don’t, it’s probably not a stretch to imagine a world described in the Hunger Games, is it?  I wonder what others think about this topic?