Joel soaks up the sun this fine day on May 19, 2021 as he walks to school.  He’s excited ‘cause today his middle school is finally allowing him and his fellow students to engage with the new “textbook”.  He’s a little puzzled why it’s called a textbook.  It’s really a place to enter in and experience – it’s not a book.  Joel rarely actually uses “books” as

in the paper kind, these days.  The students have learned that the new textbook requires them to wear a special headset with glasses and ear buds.  They can choose from a multitude of colors, shapes, and sizes that the school provides or they can purchase and bring their own along with their other school supplies.  These headsets or “Portal Sets” as their teachers referred to them as, work anywhere and anytime.

Joel arrives at school and sees his friend Carrie – he runs up to meet her at the door.  Joel and Carrie catch up on what they did on the weekend as they walk to the great hall of learning, the gathering place for the 337 students attending this school.  In fact though, not all of the students attend in person, as some prefer to learn from home while others are traveling with their families.  Students not at school in person have earlier versions of the Portal Sets to use which allow them to attend as holographic representations of themselves and to see and interact with other students at school, home, or on the road.  The great hall has various other rooms around the perimeter, small and large, called learning caves, transporter rooms, cooperative spaces, etc.

The students start receiving their Portal Sets and after some basic orientation from their teachers, they head off as small group 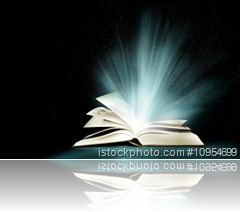 learning teams.  Their teachers will be available to guide and teach them upon request.  Teachers also have Portal Sets and can instantly see and support their students either in person or through the textbook. Joel and his learning team, one member who is attending from Hawaii (on vacation), have decided to study early Roman history today.  Students are for the most part self-directed but their teachers are only a “thought” away to help, guide, assess, nudge, interject, lecture as needed, and support.

As Joel and his team enter the textbook they command it to take them to the days of the gladiators in Rome.  Instantly they find themselves sitting on a seat in the ancient Coliseum but, it isn’t ancient at all, rather it appears to be new!  They look around and see 1000’s of Roman citizens sitting, eating, and discussing the politics of the day.  One of the teachers joins them and starts to share some of their knowledge of the setting and poses some critical questions to Joel’s team to explore.  Joel and his team get up and go speak to some of the citizens asking them questions about how they feel about the games, why they come, what they think of the current emperor, etc.  The students are essentially “there”, back in time 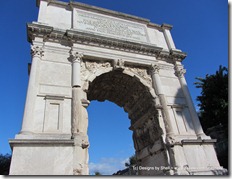 with the citizens of the day.  The textbook provides access to all knowledge in the world of all time and all places.  It also, via the Roman (virtual) citizens, prompts the students to fully experience their surroundings.  Joel and his team then ask the textbook to transport them to the Arch of Constantine where they are met by Constantine himself, well a representation of him actually.  The students engaged in amazing conversations about the construction of Rome, wars, science, religion, and many other topics.  Constantine introduces them to some very skilled mathematicians and engineers who take the students to the Pantheon and describe and show how it was designed and constructed.  They even transported further back in time to when it was under construction to provide hands-on help to the citizens of the day with the work and learned valuable construction skills.

After Joel’s team transported back “virtually” speaking, to their school and removed their Portal Sets, they engaged in some cooperative group learning activities to process what they learned and to determine how to represent it.  They decided to use the Learning Deck to recreate what they learned but with a twist.  To create some controversy, they are going to rewrite history and produce a slightly different outcome.  Joel and his team tapped into the math and engineering learning they picked up at the Pantheon to accurately recreate the pillars and other elements.  Other student teams who are also studying Roman history will later enter the Learning Deck to explore Joel’s teams variant on Roman history and will be assessed on how well they can detect and explain the differences.

After learning, hanging out with his friends, playing soccer, etc., Joel is happily exhausted by the time the day ends and he walks home from school.  Joel is relieved that the city leaders didn’t eliminate schools as physical places to go as he and his friends really appreciate the opportunity to do things together, not just virtually.  Students are learning to find a good balance for learning in the textbook and the Learning Deck and learning together in the same physical space.