With my recent job change where I now commute 48km each way through a complex labyrinth of roads and traffic, I have lots of time (45-50 minutes in the morning, 75-105 minutes after work) to reflect on the state of our transportation system.  Along the way there are 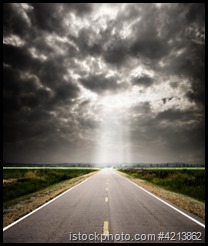 seven cities, one bridge, and approximately 40 lights to navigate.  Traffic stops, goes, slows, speeds up, weaves (no signaling), merges, people cut each other off, some talk on phones, some day dream, some get sleepy, etc.  It’s a rats nest of dangerous weapons driven by people, many who shouldn’t be driving, just waiting to have an accident!  Let’s imagine together what could be done to change this up…

There are some fundamental changes required to create intelligent roadways.  Electronic nodes could be installed, perhaps as nanopaint, and applied to the sides, lanes, and center of roads, starting with the freeways, highways, and major commuting routes.  Additionally, the cell phone networks could be filled in with deep capacity along the same routes providing high speed wireless Internet to vehicles.  Cars and trucks could be equipped with wireless radios and navigation systems that interact with the traffic control nodes and with other vehicles – every one being an intelligent node.  Combine this with satellite radios, accurate GPS triangulation, radar, and all vehicles would be embedded in a redundant virtual transportation grid.  All vehicles would be in sync, anticipating the others moves, perhaps sharing destination information so that they know when a vehicle will change lanes, which exit they will take, which lane a car entering the highway intends to enter, etc.  Think of this as a machine omnipresent transportation experience.  Google driverless cars are glimmers of this future.

The driver, er passenger, would speak directions to their vehicle or perhaps the vehicle would interrogate the passenger’s smart phone’s calendar to see where they are to go, and off they go.  The passenger, can go about their business of reading, e-mailing, social media interaction, writing, planning, thinking, sleeping, etc., while their vehicle safely and swiftly gets them to their destination.  Perhaps commuters could negotiate with their employers for travel time work credit.  Rather than work days extended by 2-3 hours of travel time, a portion, perhaps 75% of the travel time would count as work time.  Of course this would only apply to office, information, knowledge type workers but that would be a significant benefit for many people.

Vehicles would routinely and safely tailgate because they will know what to expect and when.  Traffic will flow at very high speed and with little to no accidents (assuming the bugs are carefully worked 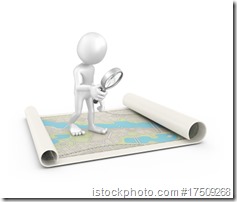 out).  When vehicles do leave the smart roads, say to enter a suburb that hasn’t converted yet or a rural or remote road, the vehicle would instruct the passenger to be ready to take control and become the driver.  Eventually most roads would be part of the new grid and only very remote and rural areas would require human drivers to be involved.  Perhaps though, new technology involving laser, radar, video, sonic, and satellite radio / GPS techniques would enable driverless vehicles to even work in those areas.

Vehicles would likely in this scenario, be fully electric.  Perhaps the road ways would be coated or embedded with a solar nanoelectric charging surface which enables vehicles to trickle charge all the time, always having maximum capacity.  This system would be more efficient, time effective, safer, faster, and better for the environment.  Imagine the freedom for disable persons.  A person who has lost their site, can now get to places on their own in an intelligent vehicle.

Car of the Future

Google’s research in this area is remarkable.  Add smart roadways to the mix and it could be the perfect transportation system.  For me, I would embrace this future car instantly – it would transform a stressful, dangerous, time wasting commute into a relaxing and productive experience.  Thinking selfishly for a moment, I will retire in less than 10 years so I really hope this becomes a reality before then!  If not by then, when it does, 100’s of millions of people’s lives will be transformed for the better when this is a general reality.  How about you, what do you imagine for the cars of the future?