Back in 2001 when I moved from Nanaimo to work for the Coquitlam School District, I recall having to buy a “good” map book to find my

way around the District and the lower mainland.  I would use online maps increasingly to figure out routes but would write the turns down or print them.  It wasn’t elegant but I managed to get by.  My recent change to join the Vancouver School Board takes me to many schools and other places in the city that I’ve never been to.  Thankfully, my iPhone with Google Maps exists!  I plug in an address and pick the best route, press Start, and off we go.  The 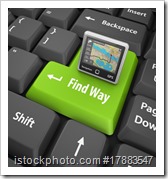 GPS “person” is very patient with me even when I pick route elements I think are “better”, ‘she’ recalculates the route and gets me on track.  I also love how I can speak to my phone, ask SIRI to plot a route to a place, eg a business or restaurant location, and it does it.  What a difference a decade of change makes for maps.

My son and I were talking the other night about how online maps significantly improve a part of his business.  He runs a property services business called Clean R Look and needs to quote jobs all over the lower mainland.  Rather than drive out to businesses, stratas, and homes, he uses Google Earth.  He plugs in the address and ‘looks around’ the property.  He uses the ruler function to

measure the roof, walls, gutters, etc. and plus the dimensions into his calculating formula to come up with a pretty accurate estimate.  He said that sometimes prospective customers will email or phone him for a quote, they are shocked that he can get them an estimate in about 10 minutes.  He’ll pop onto Google Earth with his phone or computer, ‘visit’ the property, calculate the cost, and phone or email them back 10 minutes later.  Who knew that a free tool like Google Earth could support a business function like this.  Google’s engineers likely didn’t sit around and talk about this particular use case…

One of our District Principals was in my office last week and we were going through the locations of all of our alternate schools and programs.  I needed to know exactly where they are to be able to plug them into the correct IT service area for a new organization model we’re implementing.  We would pick a school, he would think about where in the city it was, I plug the street name into Google Maps and we ‘go there’ to find it’s exact location.  I am impressed with how quickly and accurately Google Maps predicts places as you type.  Also, it has become very good at taking the name of a place, a school for instance, and finding it instantly.  My colleague isn’t super tech savvy so I’m like to sell him on the power of tech to transform what we do – I emphasized maps during this meeting.  He shared that when he and others get together to figure out locations for planning, they crack open the paper maps and place them on a large table.  In good fun I in no uncertain terms told him ‘you have to stop doing that and use technology – it makes your life so much easier’.  But seriously, paper maps, globes, atlases, etc. are so ‘last year’ and we all really need to understand the transformative power of digital maps.

Google Earth is a powerful learning tool - here’s a hypothetical example involving Renfrew Elementary School in Vancouver.  Get each class K-7 to do some run route design for PE class and distance estimating.  Start simple with the school field.  Have the kids manually go out and try to measure / estimate a loop around the field and then represent that in centimeters, meters, kilometers, inches, feet, and miles teaching them about conversion formulas.  Then have them do the same work using Google Earth and then write about the experience, which they preferred, especially if they had to

do it several times a day, every day.  Next have them design and plan a 1km, a 2km, and a 5km run route through the neighborhood.  Give them paper maps and rulers to work with.  Now ask them to do this using Google Earth and again have them reflect on their experiences and which routes they prefer and why, how they could be improved, etc.  You could also discuss safety considerations in this context.  Perhaps use class average comparisons – compare the primary class results against the intermediate when doing this manually, then again with technology.  You could do this individually, in small groups, include group presentations to other classes, etc.

Other Google Earth activities could include:

I think Google Maps and Earth should include the ability to connect Augmented Reality (AR) auras as a layer.  Perhaps the various AR apps could collaborate on a standard for this so auras created in any would work in all.  A user could be viewing a Google Map on their phone and turn on the aura layer so that as they navigate, auras would activate in real time.  Or perhaps they could have the map in a translucent mode so they can look around through their device camera and auras would be triggered from the various AR providers.  I think the lines between real and augmented are going to become blurrier in the coming years.  Think about where Google Glasses and similar tools might take us (ignoring the dark / evil side of this for now).  The future really is an interesting place to go…

One person at a time 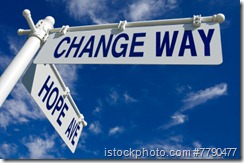 There is a lot of writing about “change” and how to make it happen and become the new normal.  Digital Technology has certainly become the prime mover of change in our modern age.  It causes significant disruption to what we know, what we are comfortable with, with the status quo – it often makes us uncomfortable.  Change can make us think that what we’re doing now isn’t good enough.  It’s difficult… In my role leading the technology portfolio in our School District, I have the opportunity to envision and test the potential of a change in technology, to create the change, and to help people join in with the change.  My last post, Why? , talks about being more purposeful in how I spend my time.  I would extend that to being more purposeful in what changes to pursue and accept – there are too many possibilities to consider and we need to be strategic in what we choose. I responded to a tweet by Chris Kennedy last fall asking about how we make change happen.  My response was ”On
Read more