Shelley and watched a great movie a few weeks ago on Netflix called Chasing Mavericks, which is based on a true story.  This one will tug at your heart strings a bit.  One of the characters Frosty Hesson,

agreed to train young Jay Moriarity how to prepare to surf a maverick wave (think massive 30-40 footers) in California.  Frosty talked to Jay about fear being a good and natural thing but that panic is not.  In other words, it’s what you do when you face fear that matters, not the fear itself.  He also asked Jay “what do you fear?” and asked him to write about and face it.  Jay had to face many fears without panic, to be fully prepared mentally and emotionally to accomplish the monumental task of riding a maverick and living to tell about.

Since we’re on the movie theme, I have to mention that we watched Money Ball, also based on a true story, last night on Netflix.  Our Superintendent showed a clip from this inspiring movie last week during the annual startup meeting with principals.  Billy Beane, played by Brad Pitt, is a professional major league ball player turned general manager of the Oakland Athletics.  His team is underfunded relative to the big names (Red Sox, Yankees, Mets, etc.) and struggles to keep great players on the payroll.  He decides to employ an unorthodox method of identifying talent that relies purely on statistics and data analysis and not on the long standing tradition of scouts, intuition, and gut feel.  As he assembled a “team of misfits” that lost most games of the season, he was criticized and resisted widely. His job was on the line, but he did not panic.  He persis 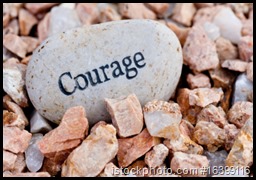 ted and then his team started winning.  They won 20 games in a row, something not accomplished in over 100 years by any team!

What do you fear?  You know, that is a scary question in itself.  Speaking for myself, I’m not entirely comfortable responding to the question.  But, I think it is important and healthy to do so.  I suspect many people live “in fear”, afraid to try, to step outside their comfort zone, and when their fears face them, they panic.  I know I have and still do at times.

Those of us in formal leadership positions, if we are honest with ourselves, likely harbor the fear of failure, the fear of being wrong, the fear of tunnel vision, the fear of criticism, to name a few.  How we handle these fears is what separates an okay leader from a great one.  Knee jerk reactions, overreactions, questioning ones decisions, are signs of panic.  We need to resist being pulled down by fear and use it to make us stronger, to leverage it.  It’s kind-of like going to the gym, doing a major hike, or some other form of exercise, it’s painful while you’re doing it but after some time, you become stronger and more able to face more of the same.  Muscles have to tear to be able to grow stronger.  I think this is analogous to dealing with fear effectively.

As I contemplate my first school startup in my role as Chief Information Officer for the Vancouver School Board (VSB), I surprisingly feel calm and confident.  Even though over the summer my team has implemented a lot of new technology in schools and a lot of back-end systems upgrades, I feel confident in the outcome.  Even though we are implementing a new service model for our service desk and field service technicians, I eagerly anticipate good results.  I’m not naïve to think there won’t be problems, but I am pleased with the team I’ve inherited and their ability to make 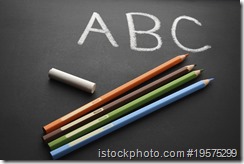 things happen and to pull together to work through problems.  I do have fears to face still though…  there are high expectations for significant initiatives and changes to come.  When I think about them all at once, I’m overwhelmed, some anxiety sneaks in, and the fear starts to evoke feelings of panic.  But, I back away from that precipice and take things one day at a time with a view and vision for an exciting future.  I am excited about what’s to come for the VSB: Cloud email and storage for students, Bring your own Device, the creation of new online and mobile Learning & Work Spaces, increased process standardization, improved communication, increased automation, to name a few along with all the professional learning necessary for success.

For all you that work in school systems, here’s to a successful, rewarding, exciting, and scary 2013-14 school year.  Ask yourself, “what do I fear” and embrace your fears.  Don’t panic rather, find ways to thrive on your fear and turn that into something great!