Should It Be Created?

I recently watched the movie Transcendence (see trailer).  Having read Ray Kurzweil’s The Singularity is Near a few years ago, I thought it would be cool to see a movie roughly based on similar 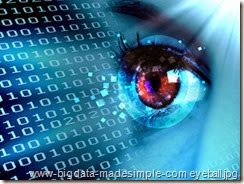 ideas.  Note… I found the book to be interesting but disturbing, likewise the movie.  There is an internal drive within some people to pursue inventions for the sake of the science.  Unfortunately, there are consequences to new inventions that go along with the perceived benefits.  As new seemingly miraculous inventions are conceived, we should be more vigilante about asking “why”.  Why should we even try to upload a human brain or any brain, into a machine?  Why should we try to ‘live eternally’ within a machine as a digital existence?  There are scientists like Ray Kurzweil who believe it is possible and that the capability should be invented.  But should it?

Okay, back to earth… I personally don’t believe it is possible to transcend our human existence into a digital one nor do I think that it would ever be an appropriate outcome if it were possible.  But what about some of the more recent creations or ones in the works?  I continue to be amazed at the game changer our SmartPhones have become.  The other day I went on a hike with my (adult) kids up the Lions near Vancouver, BC.  I used the Strava app on my iPhone to record the hike (see Strava hike) 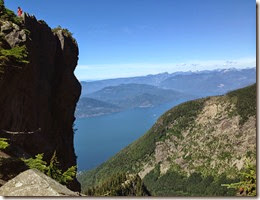 which I uploaded to my Strava network and to Facebook once we were done.  I took ample photos with the phone’s camera which I uploaded to share on Facebook, creating conversations and giving people I’m connected to a glimpse into our day in the mountains.  If an emergency occurred, I could call for help.  Just a short 10 years ago, none of this was possible out in the deep woods.  I would have had a flip phone that might have a cell signal, a handheld (large) GPS tracker, a bulky camera, and sharing any of this information would not be quick and nor easy.  The SmartPhone is a great invention for sure.  But, there are all sorts of ‘evil’ uses for predators, criminal activities, remote detonators, etc.  We have learned to accept these consequences along with the benefits.  But did we consider the consequences before the SmartPhone was invented and ‘allowed’ on the market?

What about the current hype around quad copters?  These are pretty cool tools and useful for surveillance, surveying, and playing pranks I’m sure.  Amazon is pursing the use of these tools for same day delivery of online orders in some cities.  I’ve read about these being flown into fireworks displays creating safety concerns for people below and near airports causing concern for airport traffic, etc.  These tools could be used for inappropriate video and picture recording and privacy violations.  What consideration was given to the dangerous and inappropriate uses before these were invented and made available to the public?

There is an explosion of innovation in the medical uses of technology.  It probably won’t be long before prosthetic limbs are indistinguishable from the original.  Innovative ways of delivering drug therapy to target cells is emerging.  One day there may be nanobots available, small ‘machines’ designed to seek out say cancer cells and repair them, or perhaps designed to improve our memory, eye sight, hearing, muscle strength, intelligence…  Would this be bad?  I for one would welcome anything that improves my memory and intelligence!  But, what are the consequences?  Should this be invented?

Hopefully young people flowing through our education system are being exposed to ethical learning scenarios and dilemmas.  Future 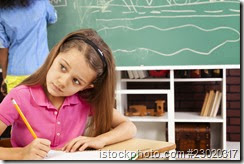 scientists are in our grade one classes today and they need to learn to question innovations and inventions and learn to have the wisdom and strength to know when to appose them versus pursue them.  With how fast things are changing through new inventions being created, this should be a growing area of importance and concern where we are learning to ask ‘Should it be created?’.