The Limits of Complexity

I am increasingly aware of the complexity of “the system”.  Think about your place in the world and then consider the layers and walls around you that have been built up over time in “the system”. 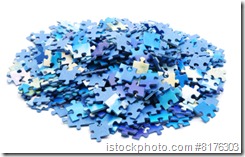 Those of us that work for “the education system” would view things differently then say a plumber, electrician, or politician might.  Regardless, we all encounter complexity whether we choose to or not.  I’m primarily thinking about organizational complexity here.  Organizations tend to naturally become complex over time.  They become very difficult to work within, to accomplish things through, and become very expensive to operate.

“Few things can doom a “system” faster than excessive complexity, which then collapses into chaos.”, Is America in Danger of Collapsing (Feb. 5, 2012)

I probably read to broadly, too many obscure articles and books, but I see a pattern emerging: complexity is making our systems unsustainable.  Think of the costs of health care, education, law enforcement, roads and bridges, and governments.  A simple example, a friend recently took a job in one of the health care regions of British Columbia (BC) in an area of information technology (IT).  Health care IT in BC has in the past 5 years gone through an amalgamation.  She describes a system of differing standards, layers of management complexity, bureaucracy, turf wars, posturing, an impossibility to get things done, etc.

“A bureaucracy is an organization of non-elected officials of a government or organization who implement the rules, laws, and functions of their institution, and are occasionally characterized by officialism and red tape”, Wikipedia (Feb. 5, 2012)

Think about the levels of government our modern societies have built.  The implications of continued growth of complexity are serious: “[f]ew would argue that the enormous complexity of the gargantuan US Federal Government is a huge and dangerously expensive problem. The question is: Just how long can things go the way they have been going, before the US collapses into chaos?”, Is America in Danger of Collapsing (Feb. 5, 2012).  The article goes on to forecast the collapse of the US by 2017 and the European Union by 2013, unless something significant changes!

I work as a manager for a school district in BC which has two unions, one for teachers and a second for support staff.  I deal with the complexity of labor contracts on a regular basis.  I actually think unions serve a valuable purpose to protect the interests of workers and to keep management in check.  This is a good thing.  However, the challenge is how organizational complexity and cost to operate grows over time as power struggles play out between unions and employers.  Red tape and complex rules develop and almost no one actually understands them.  Over time this gets worse and worse as 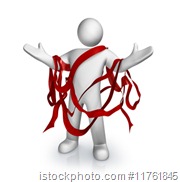 managers and employees try to interpret the rules, make mistakes, and through difficult grievance processes generate more red tape / rules that are even more complicated to understand.  Add to that the untold pages of policies, procedures, regulations, and “practices” and you get a picture of a complex environment.  Eventually nothing seems to make sense related to the organization’s purpose for being.  It’s a wonder that any real work gets done!  Now scale this out for BC to the other 59 school districts, 1000’s of cities, aboriginal peoples, provincial government ministries, and then across Canada including federal government ministries, and all the politicians, judges, lawyers, and public sector contractors.  There is an incredible amount of cost involved in running complex societies.  What value, or what costs to society, do these layers of complexity add?  How do we reverse course?

Thomas Homer-Dixon in The Upside of Down, Catastrophe, Creativity, and the Renewal of Civilization states that “[t]oday's converging energy, environmental, and political-economic stresses could cause a breakdown of national and global order”.  He does an amazing job of relating our times to that of the Roman Empire.  The ultimate downfall of the Roman Empire was its complexity.  When I read his book a few years back, the parallels to our society seemed eerily similar.  Ultimately, complexity takes on a life of its own and if its course is not corrected, “the system” collapses.  Familiar examples of our system in crisis include personal and public debt, the cost of health care, old age pension, pensions in general, unrest, poverty, water scarcity, etc.  All of these are in some way related to our complexity, which costs untold sums of money.  We who are affluent certainly enjoy the lifestyle complexity has brought us.  But, is our lifestyle, is our complexity, sustainable into the future?  I wonder…

I don’t want to leave you feeling worried that the world as we know it is about to end.  The good news is that we have been designed to be very resilient.  There are highly intelligent people among us all and we more often than not find solutions to very complex challenges.  But, I think we need to be sure not to have our heads in the sand thinking everything will just continue to grow and improve our lives as we’ve enjoyed to date.  I read somewhere recently that the baby boomer generation is the only generation in history to be more affluent than both their parents and their offspring.  Isn’t it time that we “somehow” correct course?  Our kids are depending on it.  John Dewey “continually argues that education and learning are social and interactive processes, and thus the school itself is a social institution through which social reform can and should take place”, 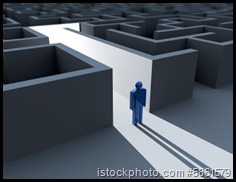 Wikipedia (Feb 5, 2012).  Somehow our schools, our curriculum, need to start steering this generation to a simpler future.  Complexity has limits and once the limit is crossed, history tells a story of chaos and starting over.  That sounds far more painful than correcting course.  Educators have influence over the next generation, I hope they are able to use it to help the next generation begin to choose a better way and reduce society’s complexity!