I continue to marvel at how much our world has changed since I was in school over 30 years ago.  I remember Physics 12 classes where the teacher would dim (turn off) the lights, fire up the reel to reel projector, and we’d sit back, relax, and enjoy a scintillating monotonic black and white moving picture film of some guy describing velocity, acceleration, and friction by moving an object down an inclined plain.  Okay, I often fell asleep… it was just too 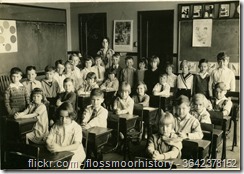 overwhelmingly exciting…  There was one computer in the school, actually the entire District, and it was in my Math class.  It wasn’t wireless.  Education was completely paper based, chalk board, and lecture oriented.  I learned, I became successful, I continue to learn.  I suspect that many of you reading this are also products of the old non-technology education world and are also successful in your chosen field.  Seems the old system worked pretty good.  So why is it those of us engaged in educational technology pursuits advocate for technology, wireless networks, and ever increasing Internet bandwidth?  More over, why is the relatively recent push for wireless networks over wired, so important to learning, teaching, and the future?

My first foray into serious enterprise level wireless was when I had the privilege of designing the technological environment of Coquitlam School Board’s newest secondary school, Heritage Woods in 2002-3.  There were no other examples of this so we had to, with appropriate other experts, design it from scratch.  It changed learning and teaching.  Teachers used pen-based tablet computers, students had access to laptops, things went mobile.  The research and writing process was significantly impacted.  Teachers could move about the room with their wireless tablets, helping 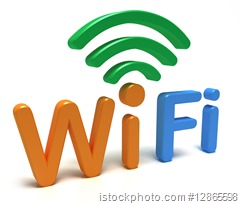 students at their desks.  It really hit home for me in 2005 when we implemented wireless 2.0 at Riverside Secondary.  The freeing experience that teachers and students talked about by not being tethered to a space or place, enabled learning and teaching to take place anywhere and anytime.  It was transformative.  No longer was it about going to the computer lab or pod to do some specific planned in advance task.  Rather, learning and teachable moments would happen serendipitously.  Those experiences led to a District wide initiative for Coquitlam to put wireless in all schools.

Fast forward to 2013 and many in industry are declaring the desktop to be dead.  Increasingly laptops in their various forms, are coming without wired network ports – wireless only.  Tablets, smart phones, and other devices are wireless only.  Using technology untethered will in the near future be the only option in our schools as it won’t be possible to purchase devices that plug in to the network.  Vancouver School Board, where we are rolling wireless out to all schools, is doing so with an educational purpose to ensure our students and staff are able to ride the shift from desktop and wired to mobile and wireless learning technologies.  Mobile technology enables students and staff, in an untethered manner, to seamlessly access information from online sources, to create and share learning in 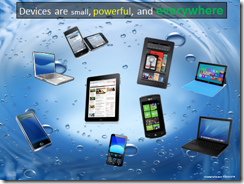 digital spaces and ways, and to connect and learn with others from outside the school.  Through wireless, learning happens in small groups, individually, and anywhere in the school – it isn’t fixed in place.  Technology is shifting from a field trip and a “task”, to an immersive embedded learning tool available anytime and anywhere.  Technology will be infused into the learning and teaching process.  Technology is used far more effectively when it’s easy and accessible, like a pencil.  Wireless is a key ingredient for this.  We believe there is an imperative to adapt our school environments to be relevant in a rapidly changing world.  We have an obligation to prepare our students for their future, not our past!  Wireless networking enables the next generation educational ecosystem to flourish.

I have recently been fielding concerns about wireless networking and the belief that some people have a sensitivity to radio frequency waves and that wireless networks may have possible links to future cancers, or other health issues.  Wireless networking in schools is causing fear for some.  These fears have led some concerned parents to advocate for wireless free schools at the BC 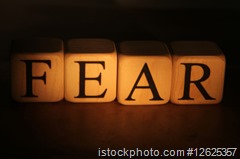 provincial level. Often people who hold these beliefs undertake research on the “science” and how other countries or jurisdictions are responding.  Not being a physicist, a medical doctor, or radio frequency expert, I am not qualified to engage in the “science” of wireless.  I suspect there would be very few that could authentically engage in this science.  Health Canada (see FAQ on wireless – June 22, 2013) is our regulator in this area and we fully rely on their expertise and direction.

Should parents be concerned about Wi-Fi in schools?

No.  RF energy levels from Wi-Fi equipment in all areas accessible to the general public, including school settings, are required to meet Health Canada's exposure guidelines. The limits specified in the guidelines are based on an ongoing review of thousands of published scientific studies on the health impacts of RF energy. Levels of RF energy emitted from Wi-Fi equipment are typically well below these exposure limits. As long as exposure is below these established limits, there is no convincing scientific evidence that emissions from this equipment are dangerous to schoolchildren or to Canadians in general. – Health Canada

Should parents take any precautions to limit their children's exposure to Wi-Fi?

Health Canada's position is that no precautionary measures are needed. Wi-Fi exposure levels are typically well below Canadian and international exposure limits, and there is no convincing evidence that they are a health hazard.  Based upon extensive peer-reviewed scientific evidence, Health Canada has determined that exposure to low-level RF energy, such as that from Wi-Fi equipment, is not dangerous to children. – Health Canada

As long as Health Canada’s position on wireless networking is as stated, we in Canada should take comfort that we are safe.  I can’t imagine how our society, economy, and technologically immersed learning environments would disentangle itself from dependence on wireless networking.  It would be devastating to say the least.  Most governments and educational organizations are clear about the benefits of using technology for learning and teaching.  It’s become the new way.  Wireless is rapidly replacing wired as the method of connecting.  Schools need to adapt to remain relevant into the future and wireless networking is key to this adaptation.