I am about 60% of the way through Freefall: America, Free Markets, and the Sinking of the World Economy by Joseph Stiglitz.  Joseph is a recipient of the Nobel Memorial Prize in Economic Studies and covers this topic very thoroughly.  Freefall is an fascinatingly honest retelling of the 2008 great recession and an exposing of the greed and corruption that essentially caused one of the greatest transfers

of wealth in recent history.  Self-serving banks loaned money to people who couldn’t afford it based on the “value” of their home growing perpetually and the government allowed it to happen.   Wealth has evaporated from millions of people through loss of home and job around the world – wealth has been transferred to already very rich individuals from poor and middle class people.  The US government has borrowed at unprecedented levels (the burden is on “the people”) and through bailouts given 100’s of billions of dollars to banks with virtually no strings attached due to the fear that the banks are “too big to fail”.  Banks in turn paid out huge bonus and salaries to their leadership who essentially caused the failure of the financial system, toppled the economy, and ruined millions of peoples financial future and well being.  Isn’t it government’s job to protect and support “the people” rather than to reward greed and failure of corporate leaders?

I would say that a root of this event is essentially greed.  I suspect that very few of us are exempt from the allure of getting more… more money, bigger houses, boats, fancier cars, better mobile devices and other technology, more activities for our kids, bigger vacations,…  we are all seemingly driven by “more”.  Unfortunately, “more” leads some (powerfully placed) people to corruption, deception, and taking advantage of others as history bears out time and again.

I image that you’ve been tuned into the news about the wild ride the stock market took last week.  At the core of problems like this is a lack of trust.  When there is corruption and a lack of transparency, people and corporations don’t know what or who to believe.  People panic, some gamble, no one has a credible answer to the economic problems, and we see a roller coaster in the markets.  We hear that

the recession is over but millions of people are still out of work.  Apparently, more than half of youth (16-24) in the US are unemployed (2010 article). The challenge with unemployment statistics is that they don’t reflect the real story.  There are people who want or need fulltime work but can only get part time work.  There are people who give up looking.  The statistics do not reflect this reality so in fact the story is much worse than we might think.  Unemployed people have very limited options for a preferred future…

Capitalism has been heralded around the world as the best way to organize an economy.  But if left to self-regulate, greed will eventually drive gross imbalances in the distribution of wealth. 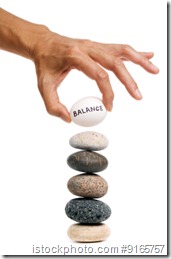 Firms are driven to continuously create efficiencies and have done remarkably well.  When the economy has sufficient growth, firms can also continue to create more or new jobs to absorb the new entrants to the job market.  However as we’ve learned from the “great recession”, growth is not eternal.  Innovation, which I think we all recognize as important to growth, improving living standards, addressing large problems like environment, scarcity, etc. has often been more narrowly focused on efficiency and there is now seemingly a permanent unemployment problem as a result.  As well, resources used to bail out banks are now not available to address larger issues such as scarce natural resources and pollution of our environment, health care, mass retirement, and education.

I am a huge advocate for using technology and education as a way of creating a preferred future, solving problems, improving our standing in life.  I’ve written about a possible future driven by efficiency and automation before.  I advocate for ensuring we educate students for a future quite different from today, one with a potential for the “end of work”.  We have some pretty serious problems to solve and I wonder if we have the will to solve them.  Stiglitz quotes America’s third president Thomas Jefferson…

“knowledge was like a candle: as one candle lights another, it's own light is not diminished.  It follows that it is inefficient to restrict the use of knowledge”, Freefall p. 202

I think knowledge on its own is agnostic.  What we do with it and for what purpose, whose gain, is important.  We need to improve individuals and organizations value systems.  Learning and incorporating social responsibility, honesty, transparency, selflessness, sharing, etc. are essential to finding our way forward. 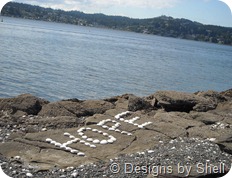 School systems are essentially change systems.  They have been used successfully for hundreds of years to engineer societal change.  Perhaps they can be instrumental in helping future generations to not be so inclined to repeat the mistakes of the past.  It is essential that we who have not felt the effects of the recession quite as severely as millions of others have, realize that we are not immune to it’s effects.  If the behaviour that got us into this mess continues unabated, well, let’s not go there…

Greed vs selflessness, which do you think will create the preferred future?