I just read another blog post questioning the need for students to have their own digital tools and advocating for more face time with each other and their teacher.  I find the debate, along with some of the commenters on that post, to be somewhat baseless.  As we all know, tools on their own or in the hands of the uninitiated, are useless, misused, or even dangerous.  Why is it that educators continue to question the value of the greatest learning tool of all time – the computer (and it’s derivatives)?  I think the answers might include a fear of losing control, of not being the center of and key to student learning.  I understand.  I see the disruption that technology is creating for my area of expertise – Information Technology – and worry about the same things.  For me, that means that I have to either figure out my place in the disrupted real world or be displaced… not something I take lightly for sure.  As to tools versus face to face, my view is that it has to be both today as both modes of learning and work bring tremendous value.  But let’s not let today limit tomorrow’s potential!

I just finished volume two “Rebels” (of eight) of the American Bicentennial Series.

This volume is where things heat up into a full out war in the late 1700’s between the British and the Americans.  The Americans declare their independence and draft articles for a constitution.  The British had a distinct advantage in numbers, training, war tools, supplies, etc. and it showed in many of the skirmishes that ensued.  Bayonets were invented and attached to British guns.  These alone created a significant advantage.  The Americans were poorly equipped overall but interestingly there were leaders that didn’t believe in the value of a bayonet.  They didn’t see the need but found out the hard way that it was an essential tool they were missing.  I’ve written about the printing press many times and mentioned how the religious leaders of the day thought it to be a tool of the devil and there was great resistance to it’s use.  My point here is that through-out history there are examples of new tools being invented, resisted, or misunderstood.  But once adopted effectively, the tools become essential to our needs.  Our tools actually become a part of or an extension of us over time.

One of the commenters on the blog post I mentioned said “Technology can offer, literally, a world of possibilities, but the deep discussions, with non-verbal cues and all, occur when we are in the same room. Technology and non-technical connecting have value. It's all about balance”.  I don’t disagree but I think it is too common to look at today’s technology (tools) along with its limitations and see its value through a limited lens.  I believe it won’t be long before technology provides a face to face experience without being physically present.  Someone at the World Future Society conference asked the question “if my brain believes I am racing a Ferrari in the Italian countryside, am I?” (see What Futurists are Saying).  At some point not far out, technology will be available to interface our senses well enough to make us ‘believe’ experiences are real when they are not.  That will be a profound turning point for educators and students.  Another commenter on the blog post mentioned earlier said “There’s no denying that devices allow us to 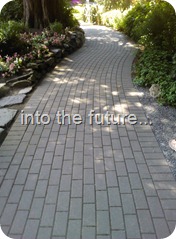 I think it is increasingly important, essential, for those who have committed to educating our children to have the most open minds to the potential of tools, especially digital tools, and to see their place in a tool rich world of learning.  I hope people will ‘unlimit’ their lens to what today’s tools can do and will seriously “see” what will be possible with newer more powerful versions or fully new never anticipated inventions.  Think possibility, not limitation!