The Power of Innovation

Innovation is looked to for progress and improvement.  Looking back through history we see untold examples of inventions, improvements, and innovative people to whom we owe our thanks.  Our world today and the “miracles” we enjoy are a result of continuous innovation. 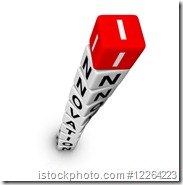 1. something new or different introduced

2. the act of innovating; introduction of new things or methods

I don’t know about you but I am continually amazed at the innovations we see in our midst.  Take the iPhone for example.  Who would have predicted this amazing device?  It seemed to emerge out of nowhere – one day it’s just here and you can buy it.  Or think about other tech inventions like Google search, Twitter, LinkedIn, or Microsoft Kinect.  How about penicillin, vaccines, and other wonder drugs – before these “appeared”, people’s lifespans and quality of life were shorter and lower.

Interestingly, there are those that suggest that innovations are predictable.  Via Clive Thompson’s article The Breakthrough Myth in the Aug 2011 edition of Wired Magazine, he refers to Bill Buxton’s views on innovation.  Buxton talks about the pinch-and-zoom gesture that Apple “invented” with the iPhone which seemed to appear out of nowhere.  According to Buxton, “computer designer” Myron Krueger pioneered the pinch gesture on his experimental Video Place system in 1983.  Other engineers began experimenting with it, … by the time the iPhone rolled around, ‘pinch’ was a robust, well-understood concept”, p. 44 Wired Aug 2011.  This speaks to how important the mixing of ideas is for generating new innovations.

A huge responsibility rests with our education system in maintaining and increasing our ability to innovate.  How do you think we are doing in preparing students to be innovators?

“Teaching young people how to scrutinize, validate, and put things in context will be among the toughest tasks for educators.” Macrowikinomics (kindle 4390)

How is our education system enabling young people to think, imagine, envision, analyze?

“the true test of rigor is for students to be able to look at material they’ve never seen before and know what to do with it.” 21st Century Skills (kindle 241)

Michael Bloomberg talks about the challenges governments have with investing in innovation and I equate his thoughts to our education system as well (p. 100 Fast Company Sep. 2011):

“The public insists, and arguably has a right to insist, that it knows where its money’s going.  [They] have a very high expectation of results.  The essence of innovation, is you don’t know what you’re going to build, what it’s going to be called, how much it’s going to cost.  You cannot use public monies unless you can answer virtually every one of those questions, which is why government tends not to innovate.”

Those of us who work in the education system know well how difficult it is to gain support for innovative projects, to receive funding to venture forth where no one has been before.  It is a challenge for sure.  Considering the challenges for our education system to support innovative thinking and learning, it is amazing how innovative people around the world are.

According an article in Fast Company Sep 2011 (p.58), Paula Hammond, professor of chemical engineering at MIT is working with a team to make new batteries.  They are using carbon nanotubes to 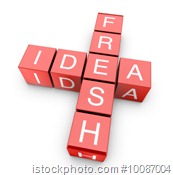 create very thin batteries that can store a lot of energy and can discharge and charge rapidly.  The results from this research could profoundly impact mobile computing, electric cars, or perhaps electric airplanes.  Per-Ivar Sellergren, senior research engineer for Volvo Car Corp (p. 60 Fast Company Sep 2011) has a team designing batteries using fibers the size of human hair.  They envision embedding these into panels of cars, wings and bodies of airplanes.

Besides innovations in material things, we need major breakthroughs in dealing with the deluge of data generated every second and growing in an exponential way.  According to futurist Richard Yonck, and we all sense this, there’s a battle for attention (p. 32 The Futurist July-Aug 2011).  He refers to a study by Microsoft Research that found it takes us 15 minutes to fully refocus on a subject once interrupted, even in a minor way.  Think about how our mobile devices, twitter and RSS feeds, Facebook statuses, email, phone calls, etc. interrupt us continuously.  And the sources of data are exponentially increasing!  According to an IDC study (referenced by Yonck), in 2010 they expected the world to create a record 1.2 zettabytes (my spell checker doesn’t even know what that is) of data (like a stack of DVDs reaching to the Moon and back).  They expect this to increase to 35 zettabytes by 2020 (DVDs stacked would reach halfway to Mars).  What innovations will our students create as they move out of our schools and into their careers to help people cope with the data deluge?

Richard Yonck describes a near future possibility in his article (p. 34) of how we may deal with “a world swimming in information”.  He describes machine assistants or agents that will serve our needs:

“Over time, these agents will become increasingly intelligent, capable of learning our individual preferences.  Eventually, they’ll become so good that they’ll almost be able to mirror our own thought processes.  At some point, these ‘virtual selves’ might even be able to go into the world (or at least virtual worlds) as autonomous avatars, our representatives in the world at large.”

Science fiction?  Perhaps today but tomorrow maybe not…  A good thing or ?

When I read about the changes to reduce standardized testing, narrow the required curriculum, embrace “21st century skills”, and increase the personalized nature of learning being considered for our 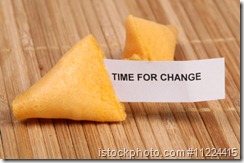 education system, at least in British Columbia, Canada, I am encouraged.  But will there be a willingness by teachers, courageous leaders, and an availability of sustainable funding to pull this off?  Will there be enough change fast enough to ensure that we are prepared to prepare students for an accelerating world of innovation and complexity?  Or does it really matter since innovation seems to have a life of its own?  It is occurring regardless of our current education system.  Maybe we humans just have an inherent God-given desire and ability to be innovative.  Time will tell the story…