Do any of you feel like we’re in times of extreme change?  If you don’t, you must be living in an alternate reality!  I talk often about 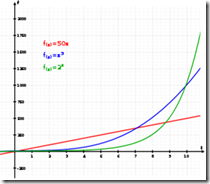 how change is exponential.  When we look back hundreds of years or even 30-40 years, things didn’t feel like they were changing all that quickly.  But now, when we reflect back just a single year we can marvel at what has changed, in particular how technology has changed how we do things, enjoy things, play, interact, work, and learn.  Notice the green (exponential) line in the graph.  The leading edge is history past where change was almost unnoticeable in one’s lifetime while we are now likely at the sharp up-turn point of change.

“If you make some very logical, and even conservative, assumptions about where technology is likely to lead in the coming years, much of the conventional wisdom about what the future will look like becomes unsupportable”, The Lights in the Tunnel (Kindle 222)

I’ve been in my current role in with Coquitlam School District for just over 10 years.  It is unbelievable how much has changed in 10 years.  I write (speculate) often about the future and in particular how education and work may change.  That’s actually quite easy to do.  What is hard, is figuring out what choices to make now to be best utilize limited resources to prepare for an uncertain, unpredictable future.  Take the current almost relentless adoption of tablets, in particular the iPad in schools.  It sometimes feels like a tsunami of change is attempting to roll over schools.  As a District technology

leader I communicate regularly where we are heading with respect to technology.  Just this week I communicated out to our District staff that we will be preparing to adopt iPads in the new year.  Many of our neighboring Districts are well down this path with 1000’s of iPads already deployed.  As leaders we are the inevitable recipients of both positive and negative feedback.  Along that line, I received quite a bit of supportive and excited e-mail responses but there were also a couple of voices of caution speaking against such a move.  One teacher exclaimed,

“[a]s a teacher in this district, I worry about the time and resources we commit to the pursuit and path of technology… there does not seem to be enough attention paid to the counterclaims and the alternative narratives, which can be quite persuasive.  The plethora of knowledge issues that have emerged from the claim that technology brings significant benefits to education should be cause for hesitation and a sober second – and third – look.  With this in mind, and as people struggle economically around the world, to spend so much in one place and for one vision is perhaps unwise”.

Or these comments from another teacher,

“there are nominal PD plans for support, huge redirection of resources … I'm not opposed to technology- I'm opposed to its use and abuse in the name of ‘progress’ … There are good things - in places - but at what cost to the system overall and with what type of long range plan”.

I do agree with planning and preparing but the windows for doing this are becoming narrower.  With things changing so quickly is the concept of “long range plan” still practical and relevant?  When we read statements like “Siri is a game changer for education” on twitter or in blog posts, leaders are expected to plan for this?  Really?  What about iPad 2 with front/back facing cameras?  We can’t forget Apple TV and the experience of an unwired iPad 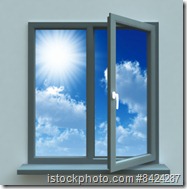 filled classroom.  Seriously, these are potential game changes but how do we anticipate these, build professional development plans, and implement systematically?  Organizations used to create carefully thought-out long range strategic plans.  With the pace of change we’re seeing now, the best we can do now it seems is to have a concept of the future and then figure it out along the way, adjusting course as needed.  I wonder if we’re at a stage where some forms of technology just don’t need a lot of thought or planning to be adoptable and valuable?  Isn’t it better to open windows, provide opportunities and let people experiment, learn, and share?  Maybe we plan for and lead perpetual experimentation?

Neil Postam in Technopoly says “when we admit a new technology to the culture, we must do so with our eyes wide open” (Kindle 138).  I think increasingly new technology is adopted quickly and without much thought (is this ‘bad’?).  When’s the last time you put much thought into upgrading your phone when your plan ran out?  You probably just got the latest iPhone, Blackberry, Windows, or Android phone.  I bet your “old” phone still worked fine, didn’t it?  But, you wanted the new one…  Daniel J. Boorstin said “education is learning what you didn't even know you didn't know”.  I extrapolate this to “technology opens up new possibilities to do what you didn’t even know you needed”.

“A new technology does not add or subtract something. It changes everything” (Technopoly, Kindle 295).  Think about how the pressure is building to completely disrupt school as we know it.  Neil Postman shares that “school was an invention of the printing press and must stand or fall on the issue of how much importance the printed word has. For four hundred years, schoolteachers have been part of the knowledge monopoly created by printing, and they are now witnessing the breakup of that monopoly” (Technopoly, Kindle 171).  What technologies and institutions come to mind when you consider that “when an old technology is assaulted by a new one, institutions 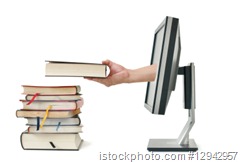 are threatened. When institutions are threatened, a culture finds itself in crisis” (Technopoly, Kindle 300)?  Textbooks will very quickly disappear into multimedia immersive experiences located on student e-book readers (apps on very powerful tablets).  So much of our lives seem to be at risk of disruption by technological change these days. “New technologies alter the structure of our interests: the things we think about. They alter the character of our symbols: the things we think with. And they alter the nature of community: the arena in which thoughts develop” (Technopoly, Kindle 319).  Isn’t this a good thing for education?  Isn’t this the role of education?

How do we lead in such uncertain times?  "All professionals need networks to engage in problem-solving conversations at the edge of their expertise - we learn at the edges", Harold Jarche.  Leaders more now than ever before need to be connecting with each other and with the people they lead.  People need assurances that everything will be okay.  Dalai Lama says "developing inner values is much like physical exercise. The more we train our abilities, the stronger they become”.  Leaders need to be doing this, constantly.

What advice would you give to leaders in these times of extreme change?