The Seduction of Technology

My wife and I love to go for walks in the woods, by a river, lake, or the ocean, or take our bikes for a ride in a park.  I like to get out 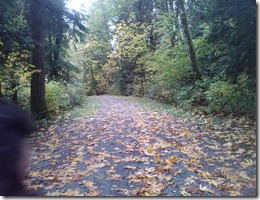 and hike mountains (nothing too serious), and mountain bike ride deep in the woods up in the mountains.  There is something surreal about being connected to nature, away from the distractions of our smartphones, computers, tablets, TVs, and PVRs.  Actually we don’t have a PVR or cable channel package.  Good ol’ rabbit ears and a $40 digital to analogue converter gives us about 6 decent channels of digital HD for free! But I digress…  I wonder what we as a culture, a society, have lost or given up, by being so intertwined with our technology.  It has literally invaded all aspects of our lives.  You might be wondering why I, a person so passionate about, amazed by, and engaged with technology would even be thinking this way.  Well, I like to consider all angles of most topics and technology is no exception.  I become concerned about increased Technology Obsession  and the “religious fervor” that kicks in with each announcement of a shiny new gadget.  Is our technology serving us or are we now serving it?  Sorry, hang on a second, I need to respond to a tweet, text, e-mail, IM, phone call…

I’ve just finished reading Where Good Ideas Come From: The Natural History of Innovation by Steven Johnson.  Johnson provides some pretty interesting arguments for the ideal contexts where innovation flourishes.  I struggled with his reliance on evolution theory as fact but his more reasoned thinking is very good.  Our amazing, and it is amazing, technological wonders are a direct result of hundreds of years of innovation.  But, I started reading Technopoly: The Surrender of Culture to Technology by Neil Postman at the same time.  Technopoloy has certainly influenced the writing of this blog post.  Being a passionate advocate for adopting technology in schools, business, and life, I often feel torn by the fact that “[e]very technology is both a burden and a blessing; not either-or, but this-and-that” (Technopoly, Kindle 95).  I think that most of us believe that “technology is a friend. It makes life easier, cleaner, and longer” (Kindle 59).  History certainly bears this out.  Our lifestyles reflect this, even the poor among us (in our society) live far more “comfortable” lives than the poor of 200 years ago.  Think about modern homes, central heating, plumbing, stoves, refrigerators, freezers, cars, etc. – technology has done wonders to improve our lives.  But at what cost will future technologies impact our lives?

“In a technocracy, tools play a central role in the thought-world of the culture. Everything must give way, in some degree, to their development. The social and symbolic worlds become increasingly subject to the requirements of that development. Tools are not integrated into the culture; they attack the culture. They bid to become the culture. As a consequence, tradition, social mores, myth, politics, ritual, and religion have to fight for their lives” (Kindle 433)

My work context is as a technology leader in a large school district.  We often read that “technology is just a tool” in classrooms.  I beg to differ, technology will increasingly define learning and teaching, and we haven’t really seen what’s possible yet… Nearer term, our District is contemplating the effective implementation of tablet (initially iPads) devices to support learning.  Certainly what we read in blogs and news articles these days about iPads in schools, we get the impression that “the idea of newness is closely linked with that of improvement. Nowhere does he 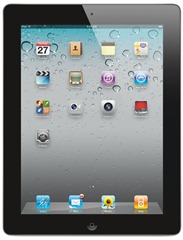 see any limit placed by nature to human endeavor; in his eyes something that does not exist is just something that has not been tried” (Kindle 788).  Having used an iPad for the past 18 months, I do think the iPad is an invaluable tool for learning. As we pilot these in our schools it will be critical to ensure that teachers and students are using them to do new things in new ways.  Too often new technology is placed in classrooms and it is used to do old things in new ways.  IE, a worksheet on an iPad is still a worksheet, it’s just using a cool touch interface.  We need to be sure to take advantage of the new ways to learn in ways not previously possible.  I was recently in a grade two classroom where the teacher and students were using a SMART board to learn about money.  The board was used very effectively to involve the kids in counting and manipulating money, buying and selling, and explaining their thinking processes, etc.  She also had them buying and selling physical stuff in the classroom with coins while two students documented (iPod Touch video, digital camera) the exchanges between student buyers and sellers.  It was a brilliant use of physical objects and digital tools to support and document learning.

Postman talks about how technology begat the rise of Information: “[f]ifty years after the press was invented, more than eight million books had been printed, almost all of them filled with information that had previously been unavailable to the average person” (Kindle 909).  He then suggests that “[t]here were several reasons for the rapid growth of the common school, but none was more obvious than that it was a necessary response to the anxieties and confusion aroused by information on the loose” (925).  Fast forward to our day and “[i]nformation has become a form of 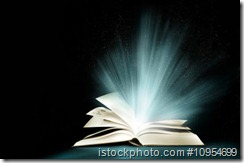 garbage, not only incapable of answering the most fundamental human questions but barely useful in providing coherent direction to the solution of even mundane problems” (1030).  Apparently, “Goethe was the last person who knew everything… by the year of his death, 1832, it was no longer possible for even the most brilliant mind to comprehend, let alone integrate, what was known” (1299).  Perhaps we crossed a line just under 200 years ago where what was knowable, now exceeds human capacity.  We forever became dependent on our technologies to survive the coming information glut.  Since Technopoly was written in 1993, it was before current tools existed for aggregating and managing data and information.  The early Internet search engines for example were terrible at providing “answers”.  Now with modern techniques, it is amazing how quickly we are able to make sense of the vast ocean of information available to us.

Think about how beholden you are to your technology.  You probably have a cell phone, likely a smart phone.  If you don’t have an iPad or some other tablet, you probably will, soon.  In your home are likely

numerous TV’s, a PVR, gaming machines, several laptops, maybe a desktop computer, and certainly an Internet connection with wireless connectivity.  Could you live without this stuff?  Seriously?  I doubt you would give any of it up.  Technology does have the tendency to seduce us into wanting more, new, better, faster, smaller, cooler tools.  We’re excited by what we have, until the next new thing is announced!  Where will this exponential growth of technology lead us to?  For those of us involved in leading change in schools, how do we thoughtfully embrace technology while avoiding the seductive effects?